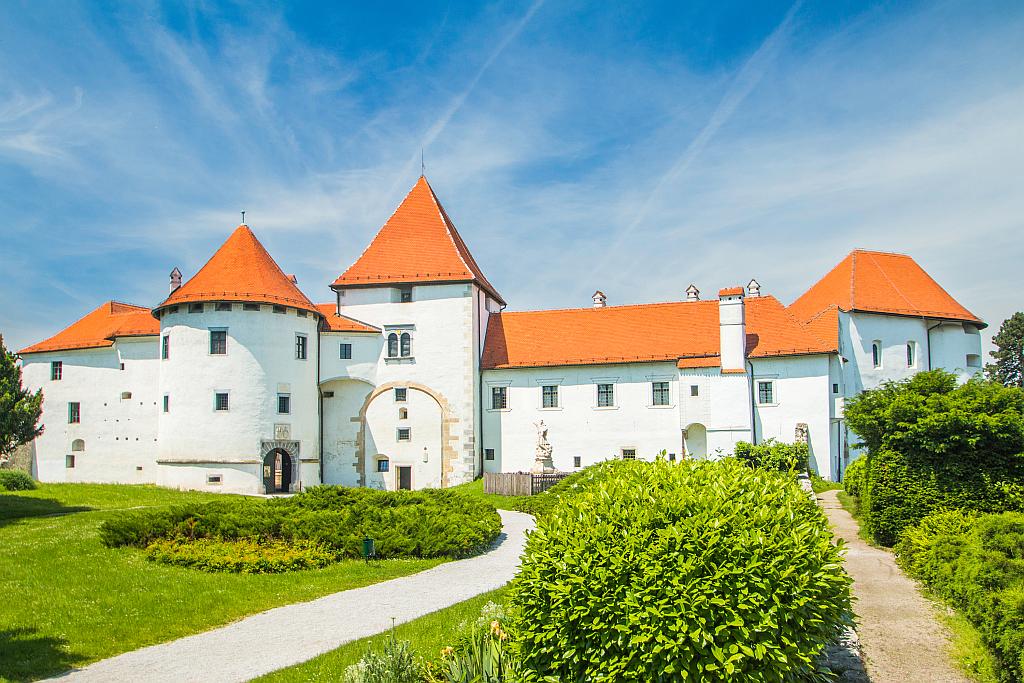 Cultural heritage and protected as a history entity, Trakoscan Castle is the most visited and popular castle in Croatia. It is located in northern Croatia in the Varaždin County. The castle was built in the 13th century and according to the legend, it was named after an earlier fortification that stood in the same place. Trakošćan castle was owned by several families until it was completely abandoned in the second half of the 18th century when the building of castles in the region was increasing rapidly. In the middle of the 19th century, it acquired its present look when it was turned into a residential estate with a stunning garden. The museum was established in 1954 with a permanent exhibition and the castle is a property of the Republic of Croatia.

Old Sušica castle is one of the pearls of the region of Gorski Kotar, well protected by the forest. It was owned by the famous Croatian noble family Frankopan and it was built in a strategic place, which was confirmed by the fact that even the Turks during their violent invasions in 1956 failed to reach and conquer the castle. In the early 19th century, the castle was owned by Count Nuget and was bought at the end of the century by Rijeka merchant Neuberger. They both renewed the castle in Romantics style as we see it today. This small, but very charming castle became a holiday resort for children, owned by the city of Rijeka.

Medvedgrad (“The town of bears”) is a medieval castle, located on a small hill near the capital of Croatia, Zagreb. The castle was built in the 13th century after the Tartars invaded and burned the city of Zagreb and devasted the whole area. The castle was owned by several families during the following years, until 1590 when an earthquake devastated it. Medvedgrad remained in abandoned and in ruins until the late 20th century when some parts of the castle were reconstructed. You can observe the chapel of Saint Philip and Jacob, residential palace, part of reconstructed walls, the tower and enjoy the amazing view of the city of Zagreb. Just below the tower, there is a monument called  “Oltar Domovine” (Altar of the homeland), dedicated to all the Croatian soldiers that were killed during the Croatian War of Independence.

Veliki Tabor is a medieval castle located in the region of Zagorje. It was built back in the 15th century by a noble Hungarian family of Rattkay, who owned the castle for 300 years. Numerous exhibitions and presentations can be seen in the castle, which include ethnographic items, armor, paintings, presentation of the Rattkay family who owned the castle for over three centuries. Veliki Tabor castle is on the Tentative list for the UNESCO World Heritage Sites list.

The Old Town is a medieval castle and the most important monument in Varaždin. Its construction began back in the 14th century and lasted for over four centuries, as it was built and rebuilt several times in different architectural styles. Castle’s rounded towers and the moat filled with water were constructed in the 15th century. During the invasion of the Turks. in the late 16th century, high walls with bastions were built. Over the centuries the castle has undergone many transformations. Since 1925, it hosts the Varaždin City Museum. There are several collections in the museum, like historic documents, glass, clock, ceramics, weapons, and fascinating rooms furnished in several different styles and chronologically displayed starting from Renaissance, Baroque, Rococo, Empire etc.

Stari grad or The Old Town is a castle located in the southeastern part of the city of Sisak, naturally protected by the rivers of Sava and Kupa. It was built in the 16th century and it became famous when the Croatian managed to stop the Turkish invasion and the Ottomans were finally defeated. It is one of the best-preserved fortifications from the time of Turkish invasion, although it was severely damaged during many battles. The castle had various owners and changed its appearance several times during the centuries. During the WWII, the castle was severely damaged, in particular mode the northwest tower, but after the war ended the castle went through repairs.