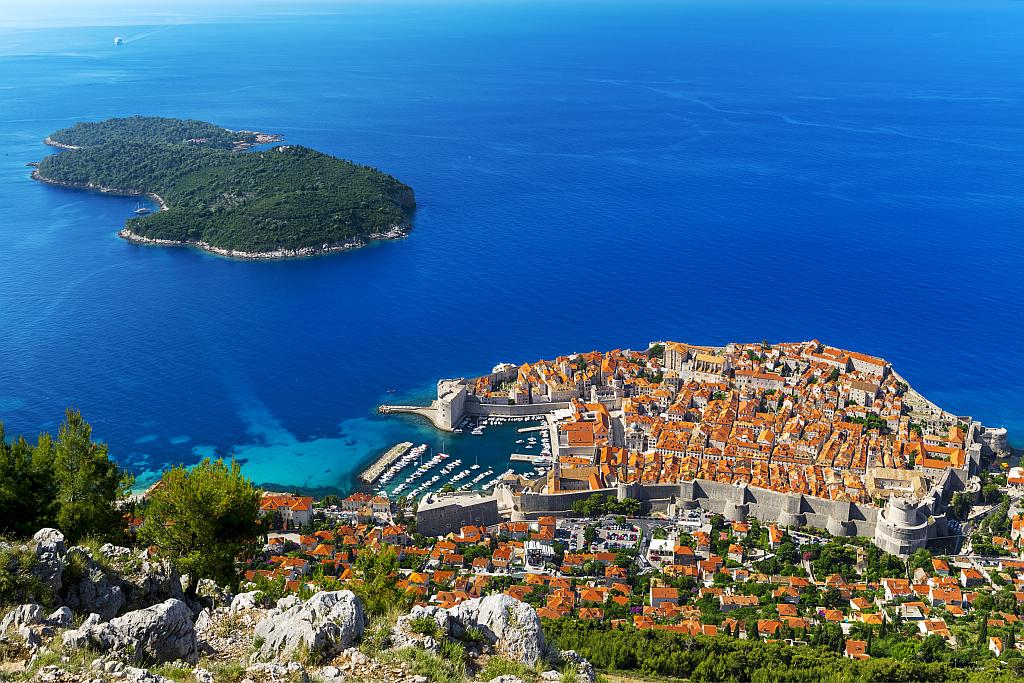 The Island of Lokrum is a small island in front of the city of Dubrovnik. The legend has it that in 1192, Richard the Lionheart after a shipwreck found a shelter on the island of Lokrum and as a sign of gratitude he provided money to the citizens of Dubrovnik for finishing the Cathedral in the city.

Although the island is really small, there are several interesting attractions that you can visit, like the Benedictine monastery, built in the early 11th century and deserted 8 centuries later, after the expulsion of the Benedictines by the French. The monastery was heavily destroyed by the massive earthquake that hit the area in the 17th century. The island was bought in 1859 by the Austrian Archduke Maximilian Ferdinand of Hapsburg who built a luxurious residence near the ruins of the old Benedictine monastery.

He continued the Benedictine tradition of cultivating tropical and subtropical plants, brought from all over the world. In 1959 Botanical garden was founded, so today we can admire island’s rich and diverse flora. The island of Lokrum is a Special Forest Vegetation Reserve and a Nature Reserve. It is inhabited by families of peacocks, also brought by the Archduke on the island from the Canary Islands. An interesting fact for the “Game of Thrones” Tv Show fans is that some parts of the Botanical garden and the old monastery were used as filming locations. The island also houses a small museum dedicated to the Tv show, where you can learn more about the filming of the series and take a photo on the famous Iron throne.

For the stunning view of the whole island and the city of Dubrovnik, you can climb up the island’s highest point (92m), where you can also admire a Fort Royal Castle, built in a star shape by the French in early 19th century. There is a small lake connected with the sea, called the Dead sea, where you can take a swim and enjoy in crystal clear salt water. The island hides several small beaches and also one naturist beach at the south-eastern end of the island, near the Dead sea lake.

To get to the island you can take a taxi-boats, that depart from the old town harbor every half an hour, from 9 a.m. to 7 p.m. in summer and it takes only 10 minutes to get there.

Must see are also the Elafite islands, 13 small islands near Dubrovnik characterized by a beautiful Mediterranean landscape, little bays with hidden beaches and crystal clear sea. Only three of them are inhabited and are a great place to visit other than Dubrovnik and Lokrum.