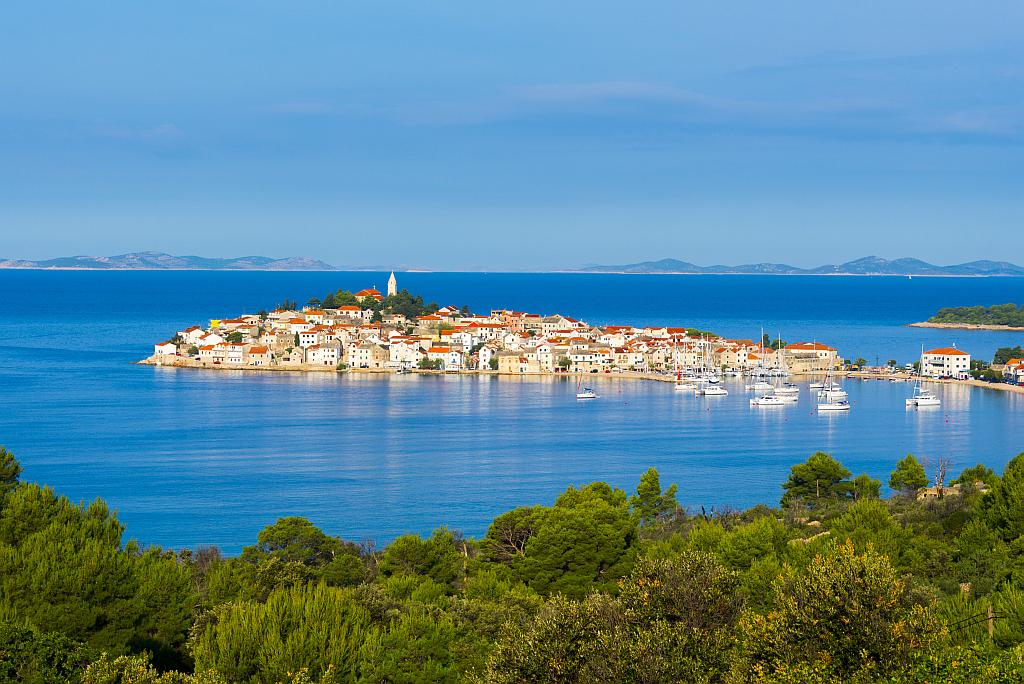 Primošten is a small town situated between Šibenik and Trogir in Dalmatia region. It offers a typical Mediterranean landscape with charming narrow streets, densely built traditional village houses, wooden boats and pristine beaches. Just as the town of Trogir, the old town of Primošten was settled on a small islet in order to ensure a better protection from enemy armies. During the Ottoman Empire invasion in the 16th century, the small islet was protected by the walls, fortified towers, and gates. Later the bridge was removed and replaced by an embankment, so the town of Primosten became a peninsula.

Historical sites you should visit when in Primošten are the parish church St Juraj built in 1485 on a small hill just in the middle of the old town, the church of St Roko built in 1680 and the Curch of Our Lady of Grace built in 1553. The town’s medieval core is beautiful for a walk around, relax by the sea or enjoy the tastes of the region with the view.

Another impressive thing to see are the famous Primošten’s vineyards, also called the “stone lace” as they are well divided by long dry stone walls built centuries ago and are currently on the Tentative list of UNESCO World Heritage Sites. Vine has been grown in this area for centuries, planted almost in bare stone, precisely from the 8th century BC, when Illyrians populated the region. A photo of these stunning vineyards can be seen in the UN headquarters in New York. Don’t miss to taste the native Croatian red wine grape “Babić”, typically grown in this region. Near the vineyards, there is one of the most protected and well-equipped marinas on the Adriatic, Marina Kremik, located in a spectacular bay.

Primošten has beautiful long, pebble beaches, located right in the center of the town, bathed by a crystal clear sea and almost entirely surrounded by lovely pine trees, that make a perfect hideout from the midday sun. One of the most beautiful beaches is Raduča beach, located in Vela Raduča bay and it stretches along the entire length of the homonymous peninsula. The beach can often be found on the list of the best beaches in Croatia.

Another beautiful beach is Mala Raduča (Small Raduča), that lies in Mala Raduča bay, located practically in the center of the town. Raduča beach stretches along the entire length of the Raduča peninsula. During the summer the beach is a bit crowded, so if you are in search of relaxation and tranquility there are numerous hidden beaches along the coast towards Šibenik or Trogir. Just as other coastline towns, in Primošten you can enjoy in many activities, practice water sports like snorkeling, scuba diving, stand up paddling or play mildly strenuous games like table tennis or mini golf during the warm summer afternoons.