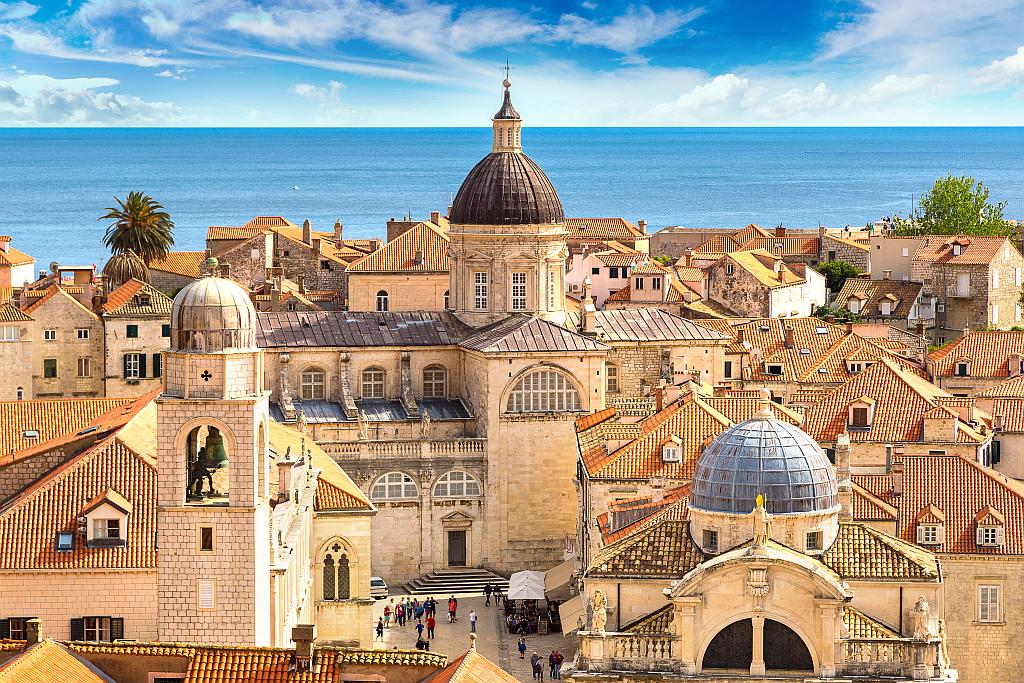 This beautiful old town has been nicknamed “The Pearl of the Adriatic” and every year attracts thousands of tourists from all around the world. Dubrovnik was founded in the 6th century and after being a part of various empires, back in the 14th century, Dubrovnik became the capital of the Dubrovnik Republic which was one the most important mercantile and maritime centers on the Mediterranean. The town was destroyed by a catastrophic earthquake in 1667 that killed more 5000 people. The Republic was dissolved by Napoleon back in 1808 and in 1815 Dubrovnik became a part of Dalmatia and Croatia. Since 1979 Dubrovnik is on the Croatia UNESCO World Heritage Site list.

Stari Grad is an enchanting city with many fascinating stories to tell.  The Croatian jewel will welcome you with its crystal clear sea, stunning nature, relaxed island life, cobbled narrow streets and centuries of rich history. The town is located in the north-western part of the sunniest island in the Adriatic and it was founded by the Greeks in 384 BC who discovered springs of drinking water and fertile field. Its heritage was recognized by the UNESCO which added the Stari Grad Plain on the World Heritage List in 2008.

The Cathedral of St James in Šibenik was entirely built in limestone back in the 15th century. The cathedral was inscribed as a UNESCO World Heritage Site in 2000. Decorative elements of the Cathedral represent the amazing amalgamation of Gothic and Renaissance details. The building of the Cathedral began in 1402 and it was completed in 1536. The concrete work was consigned to masters from Dalmatia, Northern Italy, and Tuscany in 1436, and they began to transform the older Romanesque Cathedral in the one we admire today.

Stećci are monumental medieval tombstones located in four countries ( Bosnia and Herzegovina, Serbia, Montenegro and Croatia) combining 30 sites. The cemeteries date from the 12th to 16th centuries CE and are laid out in rows, as it was the common custom in Europe from the Middle Ages. Vertical and horizontal tombstones with a flat or gable-top surface are carved from limestone. Their most impressive characteristic are decorative motifs, many of which remain a mystery to this day. Inscriptions were written primarily in extinct Bosnian Cyrillic, others in the Glagolitic and Latin script. Stećci were inscribed as a UNESCO World Heritage Site in 2016.

Trogir is a small historic town situated on the Adriatic coast, just 30 km west of the city of Split, founded in the 3rd century BC by the Greek colonists. Its historic center has been included in the UNESCO list of World Heritage Sites in 1997 and it is one of the best preserved Romanesque – Gothic towns in Europe. Trogir’s historic core, situated on a small island, with its orthogonal street plan which dates back to the Hellenistic period, treasures a high concentration of historic monuments from Romanesque, Gothic, Renaissance and Baroque periods.

The Euphrasian Basilica  (6th century) or the Cathedral Basilica of the Assumption of Mary is the third church built on the same site and it conceals parts of the previous basilicas such as the fascinating floor mosaic made in the 5th century. Episcopal complex apart from the basilica includes the atrium, episcopal palace with the bell tower and the baptistery. It combines classical and early Byzantine and Romanesque architecture elements in an extraordinary way. It holds numerous holy objects and artworks dating back from the 4th until the 19th century. The whole complex of the Euphrasian Basilica was inscribed on the UNESCO World Heritage List in 1997.

Historical Complex of Split with the Palace of Diocletian

Split was founded more than 1700 years ago by the Roman Emperor Diocletian and his imperial palace occupies the most important part of the old town. With the beachfront and palm trees right in front of the palace, Split offers the perfect Mediterranean postcard. During its long history, many cultures left their footprint still visible today on the squares and the alleys of the city center. The most important monument in Split is the Diocletian’s Palace from 305 A.D. The Palace was built as a massive structure, with its 200 meters long and 20 meters high walls. Underneath the Palace, there are Diocletian’s cellars that lead from the Riva waterfront to the Imperial square Peristil, the colonnade ornamented plaza with two sphinxes from Egypt.